This is the ultimate movie snack! Popcorn with honey and cinnamon is made easy on the stove top using popcorn kernels, ground cinnamon and sweet, runny honey.

Popcorn with honey and cinnamon

Cinnamon and honey is such a great flavour combination for popcorn. Although unusual, it’s just a perfect combination of crunch, sweetness and the delicious flavour of cinnamon.

This is a great low calorie snack, and it’s perfect when you’re craving something sweet. It oly takes 5 minutes to make, and all you need is cinnamon, honey, popcorn kernels and a bit of vegetable oil.

The best honey for popcorn

For this recipe, you want to use a runny honey. Traditional honey is too hard, and will be too hard to distribute without crushing the popcorn bites.

I usually use this runny honey, but you can use any brand.

How popcorn is made

We make popcorn by cooking popcorn kernels over a high heat. When they reach the correct temperature, the kernels pop and become the yummy snack we know and love.

You can buy pre-popped popcorn, or microwave popcorn, but this recipe requires unpopped kernels. We will also need either butter or oil to prevent the popcorn from sticking and burning in the bottom of the pop.

Popcorn is made easy on the stove top by heating up some butter or oil, then adding popcorn kernels. Make sure to use a large pot with a lid. If you don’t have a lid available, you can cover the pot with aluminum foil - just make sure to cover it or you will have popcorn all over your kitchen.

In this recipe, we also add honey and cinnamon to the popcorn as soon as it's popped. This ensures that the flavours from the cinnamon and honey will incorporate properly with every popcorn.

Popcorn is naturally gluten free. This means it’s safe to eat for people with celiac disease, and it’s also suitable for most diets that don’t allow grains.

Is popcorn good for you?

Yes! Popcorn is a whole grain, fiber rich food, and it’s very low on calories compared to other snack alternatives. It doesn’t have too many vitamins, so you shouldn’t base your entire diet around popcorn, but it can absolutely be eaten as part of a varied and healthy diet.

This recipe uses oil and honey in addition to the popcorn kernels. Although these can also provide benefits, they also increase the calorie amount in your popcorn.

Popcorn is my movie snack of choice, but if you crave something else, there are plenty of other options on the blog. Try one of the following recipes: 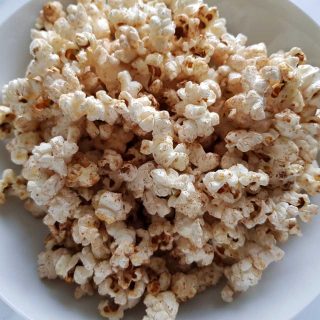 Popcorn With Honey And Cinnamon

For this recipe, you want to use a runny honey. Traditional honey is too hard, and will be too hard to distribute without crushing the popcorn bites. 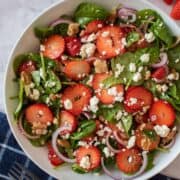 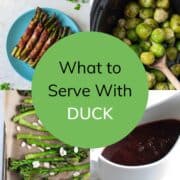 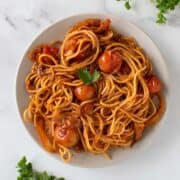 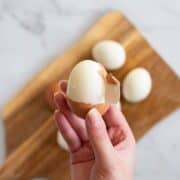 Hi, I'm Tonje! I make easy and healthy everyday recipes that your family will love. Browse my recipe collection to discover new favorites, and make sure to let me know what you think!